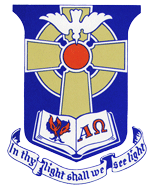 We are affiliated with an old denomination that has been standing on the foundation of God’s Word since 1782. While most national churches in the U.S.A. have drifted from the historic Christian faith and practice, the A.R.P. Church remains faithful to the Scriptures, true to the Reformed faith, and obedient to the great commission of Jesus Christ.